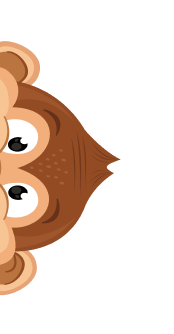 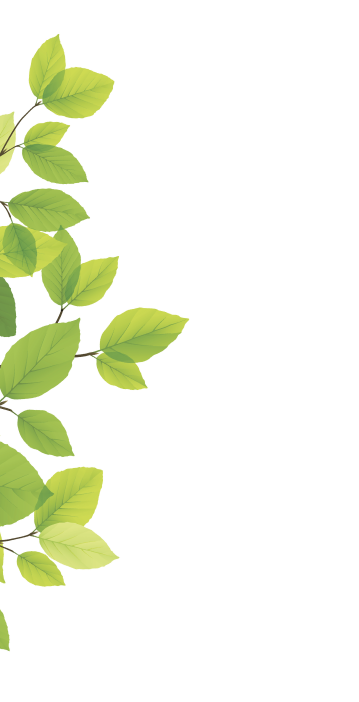 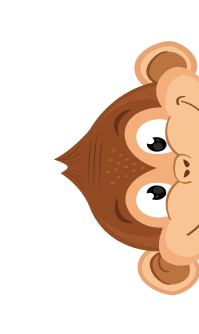 What Is A Sealant?

A dental sealant is a thin plastic film painted on the chewing surfaces of molars and premolars (the teeth directly in front of the molars). Sealants have been shown to be highly effective in the prevention of cavities. They were developed through dental research in the 1950s and first became available commercially in the early 1970s.

How effective are sealants?

Scientific studies have proven that properly applied sealants are highly effective in protecting the tooth surfaces from caries. Because sealants act as a physical barrier to decay, protection is determined by the sealants ability to adhere to the tooth. As long as the sealant remains intact, small food particles and bacteria that cause cavities cannot penetrate through or around a sealant. In fact, research has shown that sealants actually stop cavities when placed on top of a slightly decayed tooth by sealing off the supply of nutrients to the bacteria that causes a cavity. Sealant protection is reduced or lost when part or all of the bond between the tooth and sealant is broken.

How are sealants applied?

Sealant application involves cleaning the surface of the tooth and rinsing the surface to remove all traces of the cleaning agent. An etching solution or gel is applied to the enamel surface of the tooth, including the pits and grooves. After 15 seconds, the solution is thoroughly rinsed away with water. After the site is dried, the sealant material is applied and allowed to harden by using a special curing light. Other sealants are applied and allowed to harden much the same way nail polish is applied to fingernails. Sealant treatment is painless and could take anywhere from five to 45 minutes to apply, depending on how many teeth need to be sealed. Sealants must be applied properly for good retention.

How long will a sealant last?

Sealants should last five years but can last as long as 10 years. One study reported that seven years after application, an impressive 49 percent of treated teeth were still completely covered. Sealants should not be considered permanent. Regular dental check-ups are necessary to monitor the sealants’ bond to the tooth.

Who should receive sealant treatment?

Children, because they have newly erupted, permanent teeth, receive the greatest benefit from sealants. The chewing surfaces of a child’s teeth are most susceptible to cavities and the least benefited by fluoride. Surveys show that approximately two-thirds of all cavities occur in the narrow pits and grooves of a child’s newly erupted teeth because food particles and bacteria cannot be cleaned out. Other patients also can benefit from sealant placement, such as those who have existing pits and grooves susceptible to decay. Research has shown that almost everybody has a 95 percent chance of eventually experiencing cavities in the pits and grooves of their teeth.

Brushing and flossing are the best ways to help prevent cavities, but it’s not always easy to clean every nook and cranny of your teeth – especially those back teeth you use to chew (called molars). Molars are rough, uneven and a favorite place for leftover food and cavity-causing bacteria to hide.

Still, there’s another safety net to help keep those teeth clean. It’s called a sealant, and it is a thin, protective coating (made from plastic or other dental materials) that adheres to the chewing surface of your back teeth. They’re no substitute for brushing and flossing, but they can keep cavities from forming and may even stop early stages of decay from becoming a full-blown cavity.

In fact, sealants have been shown to reduce the risk of decay by nearly 80% in molars. This is especially important when it comes to your child’s dental health. In October 2016, the Centers for Disease Control released a report on the importance of sealants for school-aged children, of which only 43% of children ages 6-11 have. According to the CDC, “school-age children without sealants have almost three times more cavities than children with sealants.”

You may have many questions about sealants, and we have answers for you below. Read on to learn more about sealing out tooth decay.

How Do Sealants Work?

Think of them as raincoats for your teeth. When the cavity-causing bacteria that live in everyone’s mouth meet leftover food particles, they produce acids that can create holes in teeth. These holes are cavities. After sealant has been applied it keeps those bits of food out and stops bacteria and acid from settling on your teeth—just like a raincoat keeps you clean and dry during a storm.

Who Can Get Sealants?

Children and adults can benefit from sealants, but the earlier you get them, the better. Your first molars appear around age 6, and second molars break through around age 12. Sealing these teeth as soon as they come through can keep them cavity-free from the start, which helps save time and money in the long run. Ask your dentist if sealants are a good option for you and your family.

How Are Sealants Applied?

Can Sealants Be Placed Over Cavities?

Sealants can be used over areas of early decay to prevent further damage to your tooth. Because some sealants are clear, your dentist can keep an eye on the tooth to make sure the sealant is doing its job.

Are There Any Side Effects?

With the exception of an allergy that may exist, there are no known side effects from sealants.

Is There BPA In Sealants?

Yes, there is a tiny amount of BPA in sealants but not enough to cause you or a loved one any harm. In fact, you get more exposure to BPA by simply touching a receipt, using cosmetics or coming in contact with dust. 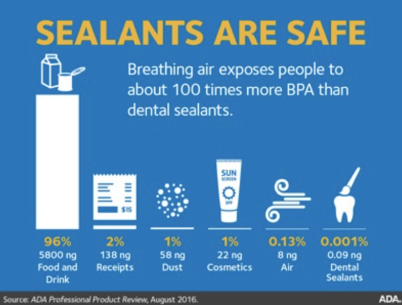 How Long Do Sealants Last?

Sealants will often last for several years before they need to be reapplied. During your regular dental visit, your dentist will check the condition of the sealant and can reapply them as needed.

Are Sealants Covered By Dental Plans?

Some plans do cover sealants, so call your dental benefits company to find out what kind of coverage you have. 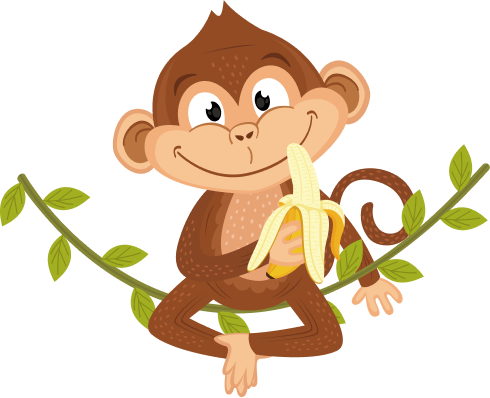 Not sure what is the right treatment for your child?